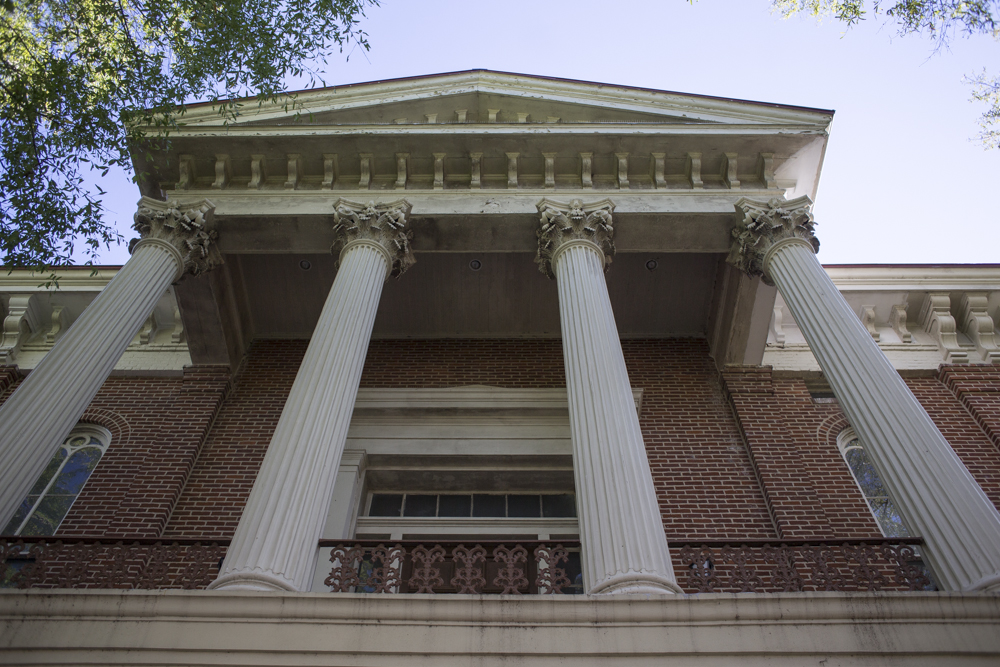 Hardeman County is located in the southwestern corner of Tennessee, bordering Mississippi and bisected by the Hatchie River. With a 668 square mile area, the county is the fifth largest in Tennessee. The 2000 census placed the population at 28,105. With fertile soil and gently rolling hills, Hardeman County is renown throughout the southeast as the “hardwood capital of Tennessee.” The county seat is the City of Bolivar; other municipalities include Grand Junction, Hickory Valley, Hornsby, Middleton, Saulsbury, Silerton, Toone and Whiteville.

The treaty with the Chickasaws that opened West Tennessee for settlement was signed on October 19, 1818, by Isaac Shelby and Andrew Jackson. Settlers began to arrive in 1819; among the first were Ezekiel Polk, grandfather of President James Polk and author of a now-famous epitaph, and War of 1812 veteran Colonel Thomas Hardeman who became the first county clerk and for whom the county was named. Rapid settlement occurred thereafter, with new arrivals coming from North and South Carolina, Virginia, northern Alabama, and Middle Tennessee.

In 1823, the first hamlet in Hardeman County was established along the banks of the river whose name the village bore, Hatchie Town. Given its location near the river, the town suffered from chronic pestilence and flooding and was ultimately relocated a mile to the south. An Act of the Tennessee State Legislature on October 18, 1825 designated Hatchie the county seat, but shortly afterward, its name was changed to Bolivar in honor of the famed South American patriot and liberator, Simon Bolivar.

Hardeman County has been no stranger to significant historical events. As a result of President Andrew Jackson’s Indian Removal policy, the Cherokee Nation was forced to give up its lands east of the Mississippi River and resettle in the Oklahoma Territory. Bolivar and Hardeman County paid witness to the resulting “Trail of Tears” on November 16, 1838 when a detachment of the tribe, under the direction of John Bell, crossed the Hatchie River near the old stage road. The party continued westward and crossed into Arkansas on November 24. Facing disease and privation from the long forced march, more than one quarter of the Cherokee Nation perished during this ordeal.

As a significant commercial thoroughfare in the 1830s and 1840s, the Hatchie River supported an active steamboat-based trade which brought wares manufactured in the north into the classic homes being built during the period. Some well-preserved examples of furniture are still located at The Pillars, the home of one-time cotton and retail magnate John Houston Bills. The Hatchie is a designated scenic river which runs across the county, offering a hunter’s and fisherman’s paradise. More than 20 watershed lakes, ranging in size from 10 to 78 acres (320,000 m2) each, have been constructed and stocked with game fish. It is listed by the Nature Conservancy as one of the 75 last great remaining places on earth.

Hardeman County was the scene of bitter fighting during the War Between the States, as was much of west Tennessee. Most notably, the Battle of Hatchie Bridge (also called Davis Bridge and Metamora Hill) on October 5, 1862, resulted in an estimated 900 total casualties (US 500; CS 400). Other key pieces of Civil War history include the Battle of Middleburg and the establishment in Grand Junction of the first “Contraband Camp” for liberated slaves.

Though much of downtown Bolivar was burned to the ground during the war, many other pre-bellum homes still stand and mark Bolivar as an important destination for tourists who delight in close-hand inspection of the timeless architecture. Thanks to the restoration efforts of the Association for the Preservation of Tennessee Antiquities (APTA), numerous examples of homes built by famed Philadelphia designer Fletcher Sloan; the homes are open for viewing during the APTA’s Bolivar Historic Homes Tour, generally held during the early spring each year.

The current Hardeman County economy is based on a mixture of light manufacturing, wood milling and agriculture. Hardeman County is a popular destination for hunters, naturalists and horseback riders from throughout the region. The home of the National Bird Dog Museum, Hardeman County and neighboring Fayette County combine to host the annual National Field Trial which crowns the champion bird dog.