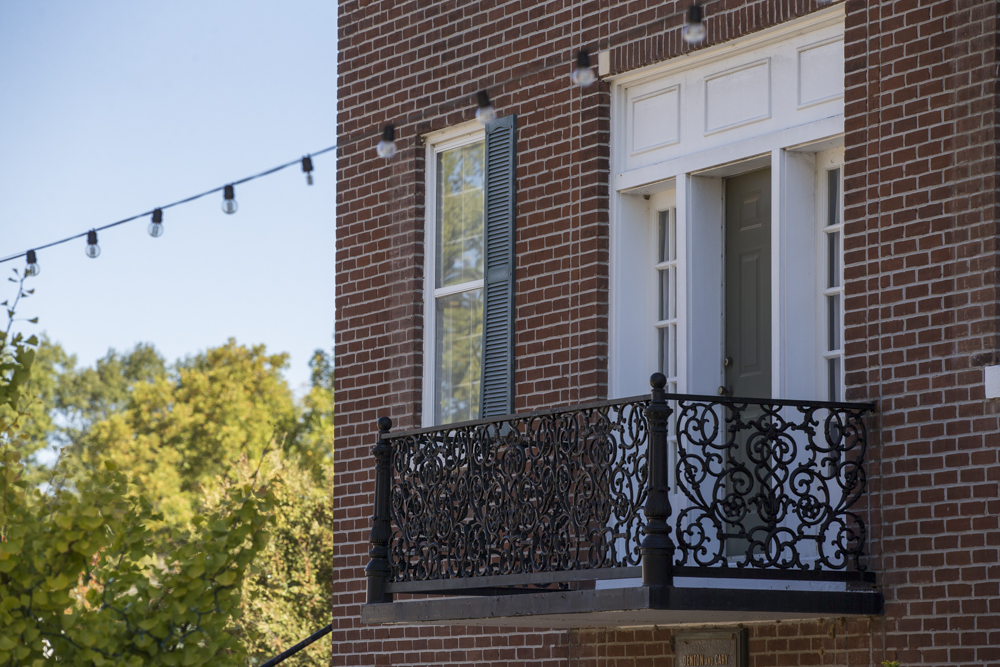 Founded in 1828 as Ray’s Bluff, the beautiful little town of Pocahontas straddles the Hardeman-McNairy County line east of Middleton on Highway 57 in the southeastern corner of the county. It is the county’s only unincorporated town and has no form of government or taxes. There are 671 residents registered to vote in the Pocahontas Precinct.

Pocahontas presently has a post office and holds occasional town meetings. Many structures remain that attest to its rich heritage, including several lovely homes dating as far back as 1855. The brick antebellum Joyner-Carr House, listed on the National Historical Register, has been beautifully restored and is opened to the public during an annual tour of homes. In the center of town, an old, two-story wooden frame building built by Emmett Shea and operated as Shea’s General merchandise Store until the 1940’s, is the last remaining business relic. It has been converted into apartments.

Pocahontas, named in honor of the famed Indian princess, traces its beginnings to a settlement formed in 1828 on land owned by Dr. William H. Fleming at the forks of the Hatchie and Tuscumbia Rivers, known as Ray’s Bluff. Early settlers of Ray’s Bluff operated a sawmill, floating timber down the Hatchie. When the first stagecoach line began operation, passing through an area 3½ miles to the west of Ray’s Bluff, the settlers moved the village to the stage route on Matamora Hill. Matamora grew and thrived. A large hotel and several antebellum homes were constructed in the community prior to 1845. It is now the site of the Matamora Batteground of the Civil War. In 1848, the Memphis-Charleston Railroad laid tracks through Hardeman County approximately two miles north of Matamora Hill and the community moved, once again, to the present site of Pocahontas.

Some of the most intense fighting of the Civil War in Hardeman County took place in the Pocahontas area during the battles of Davis Bridge and Matamora Hill. Both areas are open to the public and can be found two miles south of Pocahontas on Essary Springs Road.

6 p.m. at UT Extension 210 Vildo Road, Bolivar, TN 38008. The purpose of this meeting is for TDEC Grant. All commissioners and public is invited to attend.